There are multiple leadership structures that help to ensure our work with students and families is equitable and done with a spirit of excellence.

The District Leadership Team (DLT), Chaired by Superintendent Rafael Alvarez, is comprised of community members that represent a wide range of constituents around the district.

Approved Minutes from our monthly meetings will be available on this page. 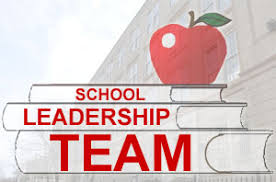 Modeled after the DLT, the School Leadership Team (SLT) is set up to accomplish the same types of tasks but within the school community.

The School Leadership Team (SLT) is a group of people who develop educational policies for their school. They also make sure there are resources to support those policies.

What is a School Leadership Team?

The School Leadership Team (SLT) is a group of people who develop educational policies for their school. They also make sure there are resources to support those policies.

Who are the SLT members?

An SLT can also include students (a minimum of two students is required in high school SLTs) and representatives from community-based organizations (CBOs) that work with the school. Students and CBO representatives do not count when determining whether a team has an equal number of parents and staff. The exact composition of a school’s SLT is stated in the team’s bylaws.

While serving time for robbing a bank, Darius Clark Monroe decided to apologize to the people who were inside the bank on that day, including customer David Ned. Seventeen years later, they sat down to talk about what David’s forgiveness has meant to both of them.

Get real time school updates on your mobile device with eChalk Notify.

Connect with code O4F8S0 to get instant alerts or log in with your eChalk user account for the latest updates from all your classes and groups.